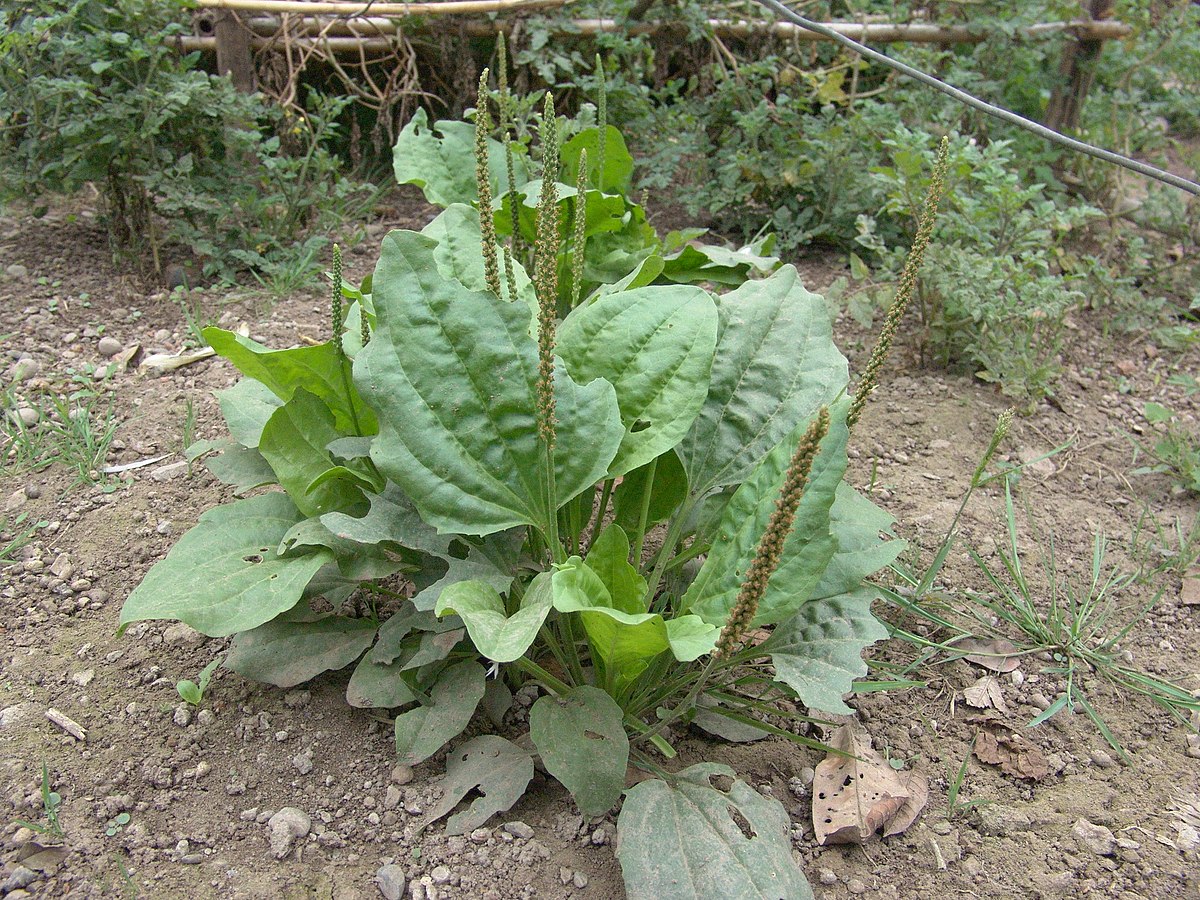 Plantago major or Plantain may now be seen growing at the side of the road or in old pasture. It is often seen in areas where there is a quite a bit of gravel. It is also called waybread as it was eaten by travellers on the road to ward off hunger.
It is herb that has many uses and is used in all traditional medical systems. All parts of the plant may be used. It needs to be washed carefully as the cup shape of the leaf can harbour a lot of dust. It is a herb that is cold and dry, so it is not a herb to chew if you’re feeling cold as it will make it make you feel even colder. However, the cold nature of plantain is useful if you have a bruised leg or other injury as it will reduce the swelling and inflammation very quickly. To use it, pour boiling water over a leaf and when the leaf has cooled, lay it on the injured part and keep in place with a bandage. Replace every three hours if necessary. Woundworth is another name for it because of its ability to staunch bleeding. It may also be used in burns and in this case, pound the herb and put the pounded herb through the white of an egg. Apply to the burn